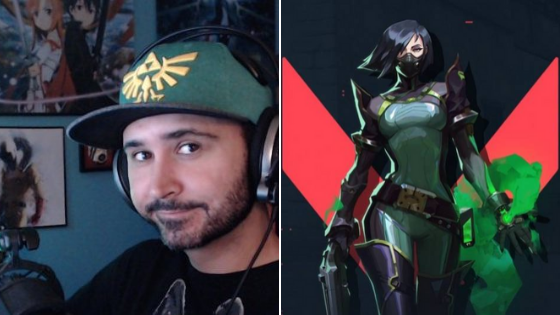 Twitch Star and ex-CSGO professional Jaryd ‘Summit1G’ Lazar advises “Valorant” to not follow CSGO footsteps because it may ruin the game.

Riot Games Valorant is one of the hottest topics in the gaming industry and after its launch
every content creator is streaming the closed beta version of the game for their fans.

Many big streamers like Shroud, TimtheTatman and many more are already loving the game
despite being in beta version.

Looks like he is already having so much fun with the game.

However, Summit1g is a veteran CSGO player who knows what went wrong with the game
and why the game lost so much hype, also recently, he took on ‘Valve’ for nerfing Krieg so
late that there is no use of it now.

Krieg was the most controversial weapon in CSGO in 2019 and for a very long time players
from all around the world and professional players were asking Valve to fix the meta but they
didn’t listen until Valorant was released.

Now, Summit1g has some advice for Valorant to not follow the footsteps of CSGO looking at
how its viewership is continuously dropping down for years despite streaming the game for
more hours every year.

In his first tweet, he talks about tournaments – there are a lot of tournaments running already like 100 Thieves invitational tournament, he says, “Don’t let tournaments ruin our game category like Counter-Strike did.”

Following the Tweet, he then takes on to people claiming that he “burned out on CS”
responding to that he says that a game should not be dominated by tournaments.
Instead, the top streaming channels should be some healthy content creators, not some
tournament streams.

Following his Tweets many CS: GO pros, Nicolai ‘dev1ce’ Reedtz and Óscar ‘Mixwell’ Cañellas
agreed to the fact that Counter-Strike is not a go-to game for content creators.

Well, we can only wait to see if the same happens with Valorant or not as Riot Games has promised to make Valorant as competitive as possible and their other competitive game League of Legends is said to be the most successful e-sports game of all time.