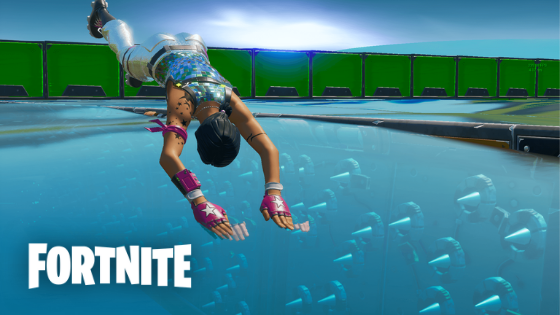 Fortnite data miners are leaking many new information after the v12.41 patch update and one of those newly uncovered leaks is an underwater swimming mechanics which we may see in a couple of days in Fortnite.

The v12.41 patch update went live on April 21, with tons of new content stacking up for the
Travis Scott concert event and some bugs fix, but there were no big or important game
balancing updates in the patch.

Travis Scott event will be live on April 23, it will be a Limited Time Mode – Arsenic.

And if you are covering news from Fortnite patch updates you already know how it goes,
as soon as the patch went live data miners started blessing us with loads of leaks and
crucial information hidden in those files.

There are different variants of Travis Scott skins, gliders, harvesting tool etc, but these are
the same ordinary stuff which we see in every patch leak. The best and the only unique leak
coming from the data miners is that they have found a new mechanics that is “underwater swimming” which we may see in Fortnite soon.

Skin-Tracker leaked the animation on twitter showing a Jonesy skin appearing to swim underwater – which we never saw in the current game.

Why do we think this is an underwater Swimming mechanics, Well, the mechanics here
shows different movements than usual, it looks like if Fortnite is dropping a whole new
mechanism for players to explore or have fun.

There is a very less possibility that Epic Games will add an underwater fighting mechanic so
forget about that.

But there is a high percentage of chance that it can be a part of the upcoming Travis Scott event, because first, the event is on a very small island and if a large number of players drop
in, they will need to swim around the island.

And the second reason is because of another leak coming from another trusted source “iFireMonkey”, he recently tweeted some of the event leaks basically ‘Gameplay Cues’ for the Astronomical event and, one of those items on the list does match with underwater swimming.

Furthermore, for the part about how long will it stick around, so we do know that if Epic
Games are spending time for a little feature then it won’t be only for the event and we may
see it afterwards of the event also.

Well, until then get ready to dive into the game on April 13 with Travis Scott.